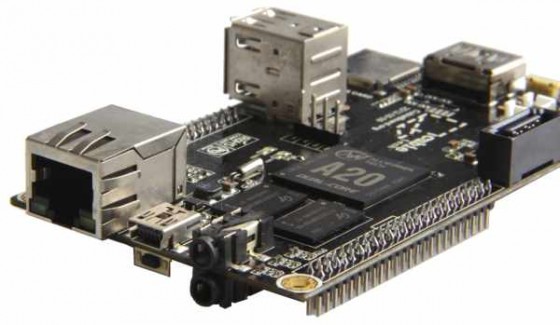 I  updated my cubieboards 1 and 2 kernels a few weeks ago. The goal was to optimize them for headless server (low power and maximum memory).
Priority was : few modules, no GPU, no G2D, minimal embedded set of drivers (basically usb, gpio, ethernet, sdcard).

Everything run fine since several weeks (24/7), so I decided to share these kernels as well as associated modules: it may interest some peopole.
I took the source at http://www.danand.de/index.php/2014-07/linux-3-4-97-for-allwinner-a20-boards/

Beware that kernel boot arguments have been forced at compile time to the following :

Below are compilation flags I used (see https://gcc.gnu.org/onlinedocs/gcc/ARM-Options.html)