After several months of usage, I wanted to correct some problems and “polish” a little bit my homemade audiophile music tablet (see the build story here)…

The problem was that the screen drawn too much power from USB port while the C0 was powered through battery. Without a power source connected, the screen was sometime blinking.

The solution was to use a more powerfull external battery charger / booster: the lipo rider plus , which support 2.4A. It now powers the Odroid C0 and the display directly.

The modifications can be seen in the photo below : the lipo rider plus is in the center. Note that I removed the leds that was used to check battery level, as they are no more used. I kept the wires, just in case I would like to add something 😉 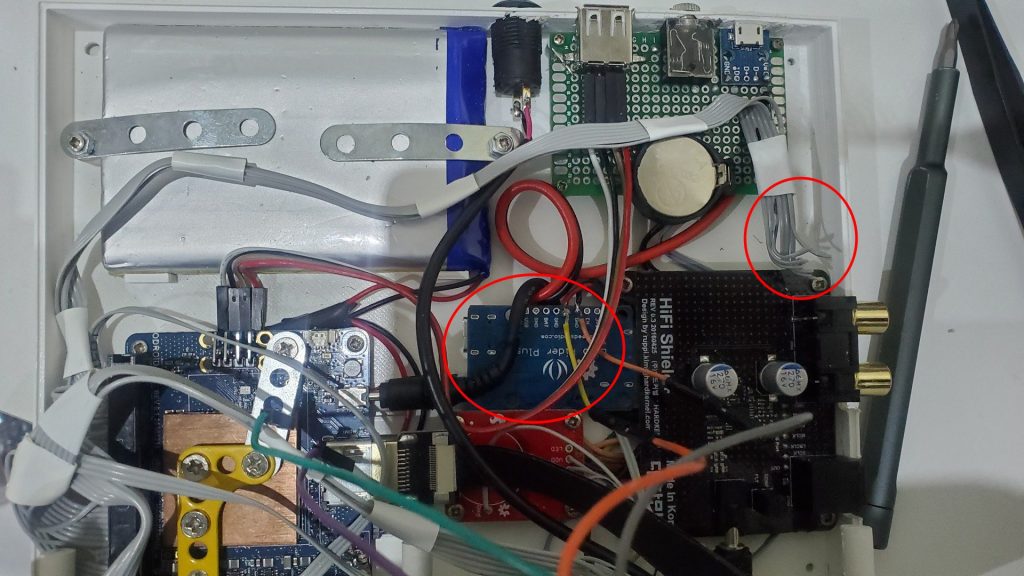 This is where the “more polished things” are visible. The OS is now based on my own build of Volumio which is itselft based on my own Ubuntu tiny distribution with my own kernel build.

The ready to boot Odrophile image can be found in my github : https://github.com/jit06/odrophile

You can also found :