Yes, one more retrogaming device ! This time, I wanted to try a smaller form factor, as near as possible to the GameBoy Micro.
I also modelized my own enclosure and 3d printed it. The design is near the GamOdroiD C0 but with slightly curved edges which, from my point of view, looks better.

I only installed systems I was interested for, but it can of course run all systems the Pi Zero supports with retropie :

3D model and printing for the case

I created the case from scratch with Freecad. The inspiration comes from the GameBoy micro and classical snes colors for the buttons. However, the final result is a little more thick than the original GameBoy micro (17.2 mm VS 23 mm) due to physical constraints (height of Pi Zero connectors as well as the battery size).

Freecad source files are available on github. Ready to slice and print STL files are published on Thingiverse.

Overview of all printed pieces before painting: 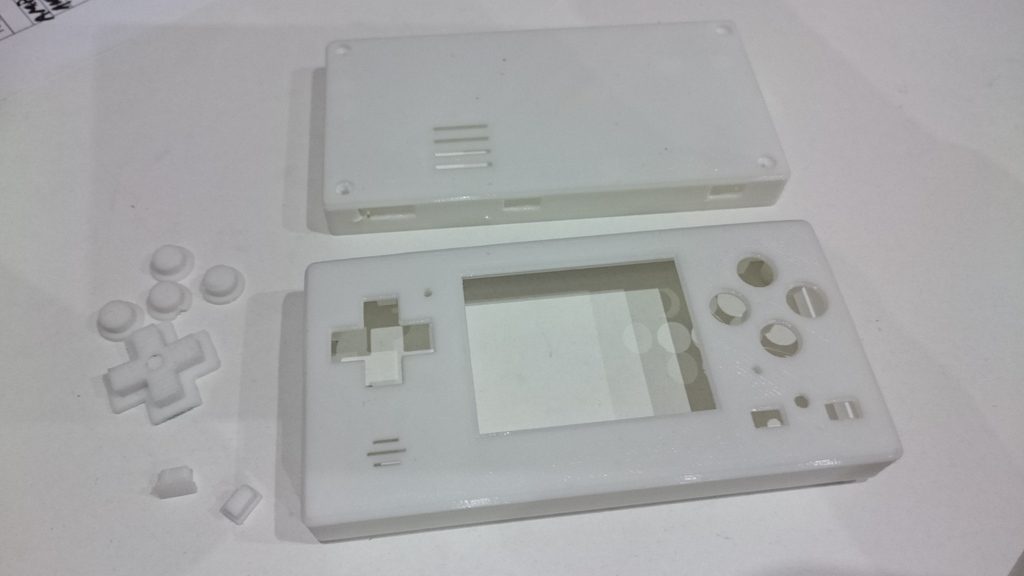 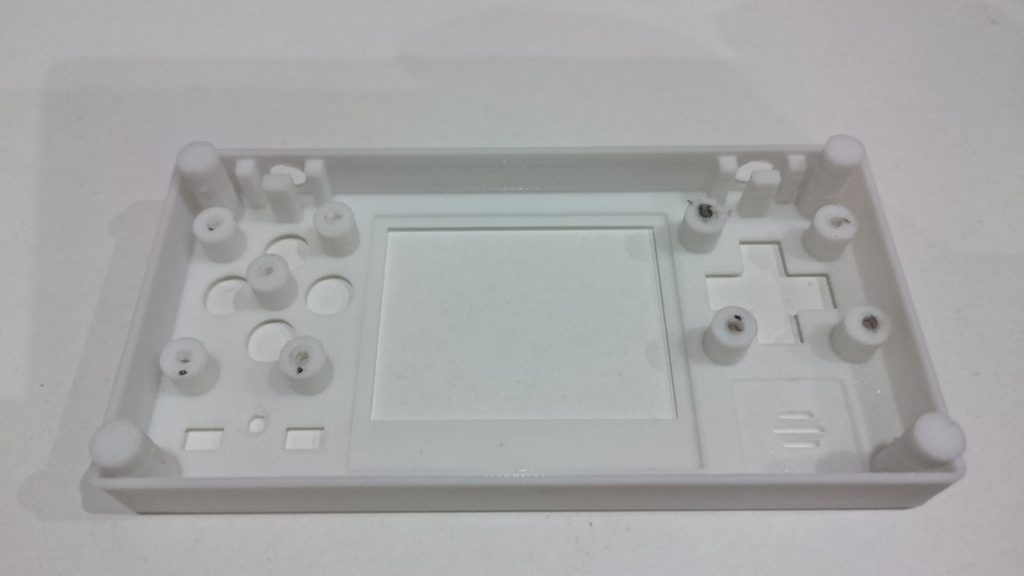 Back part, inside. The photo does not show the final version I used. The latest version is slightly taller, the battery blockers are balanced and screw supports contain pre-holes for screws (see the 3d model). 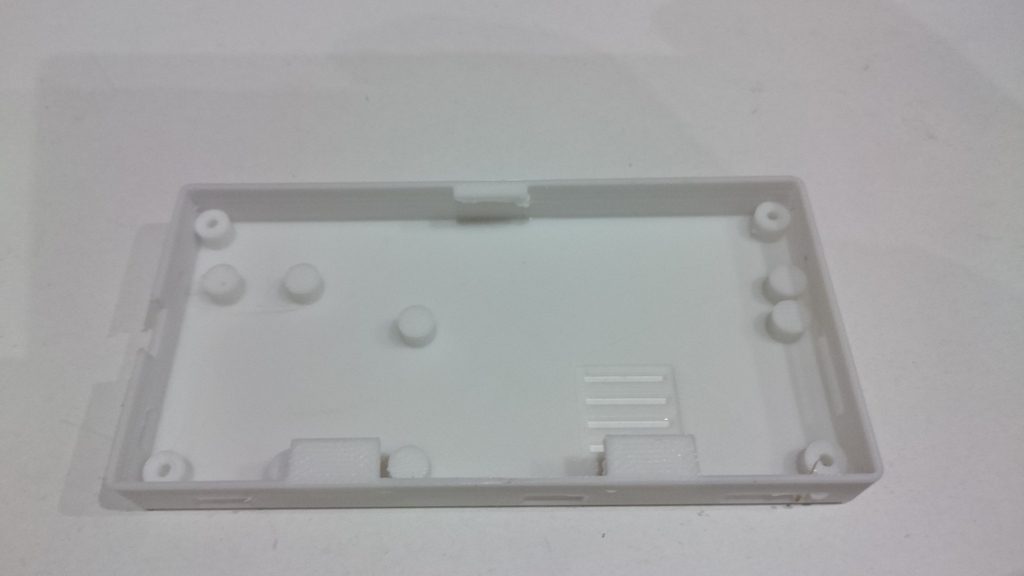 Finished front side (I used similar tips than for the GamOdroid C0): 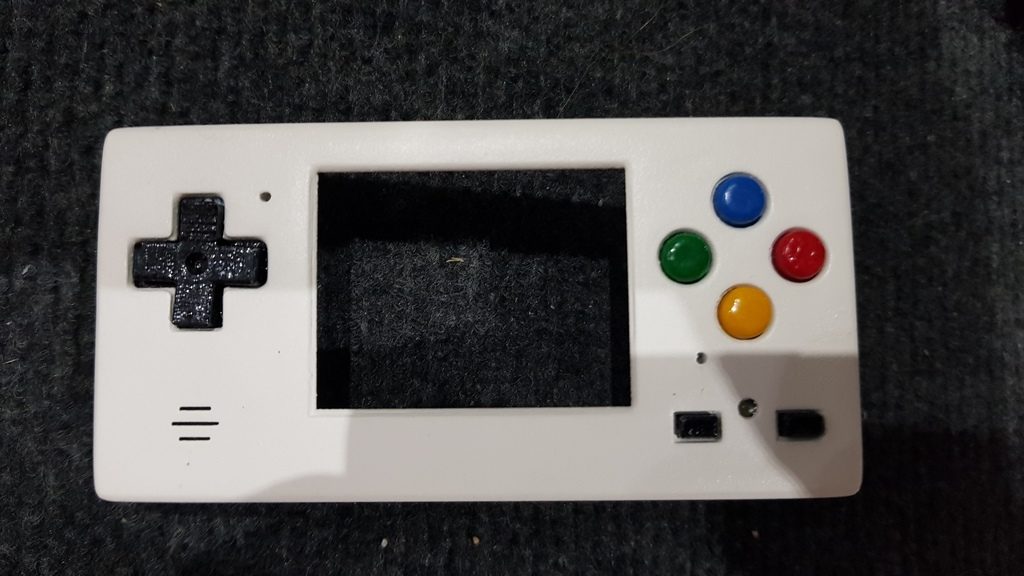 Hardware assembly was not difficult : no hack, just plain simple usage of standard boards, and some cut breadboards for buttons.

First step : soldering wires on the pi zero, the i2s audio amp and the powerboost 1000c.

Note that I removed the jst connector from the powerboost to limit the final result’s thickness. 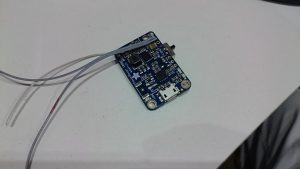 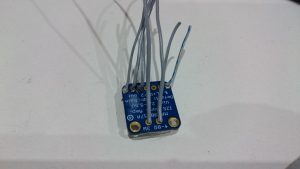 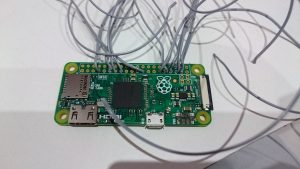 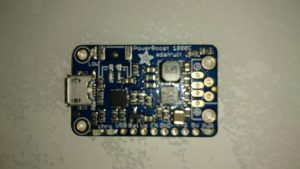 I used some breadboards and a dremel to make shapes adjusted to the body of the console. 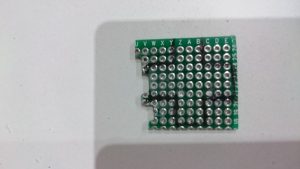 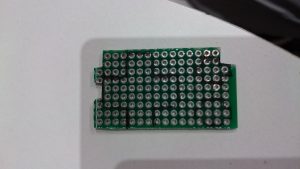 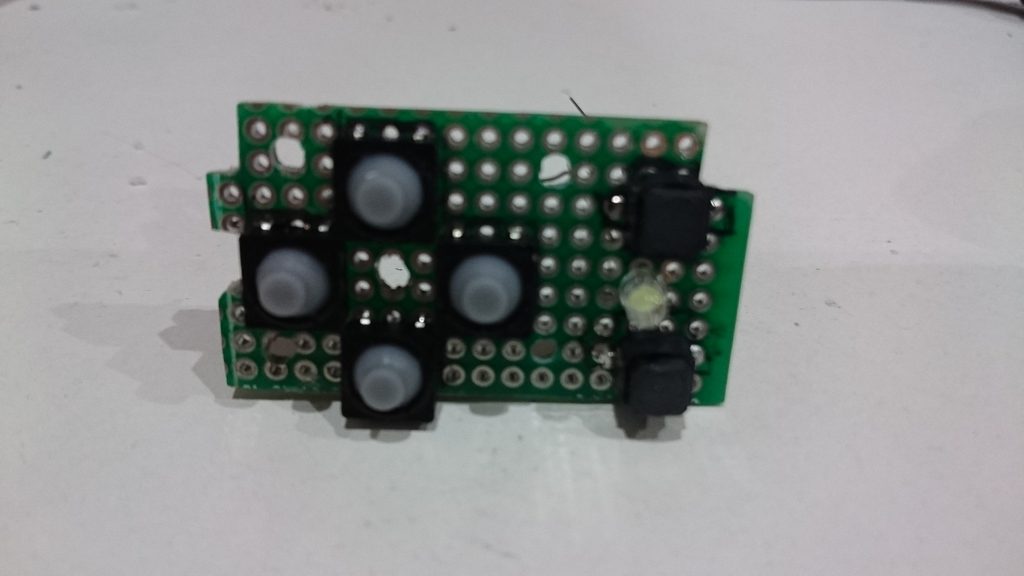 Mounting and screwing all pieces

Everything was ready to be screwed on both back and front parts of the enclosure.

Note that the height of screw supports just fit the pi zero’s connectors height and allows to hold in place 3 pieces of copper to CPU cooling (with thermal paste).

The speaker has been glued with some cyanoacrylate glue.

The black and red wires are for the battery connection. 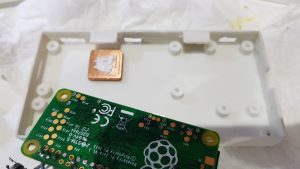 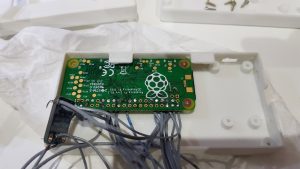 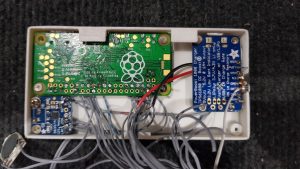 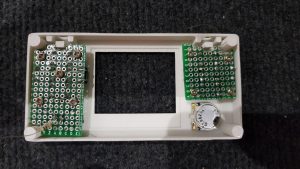 Final step : add the display (glued with hot glue), solder wires for buttons and speaker, and add the battery. 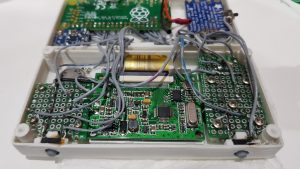 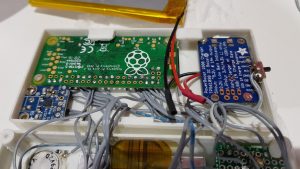 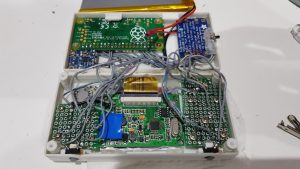 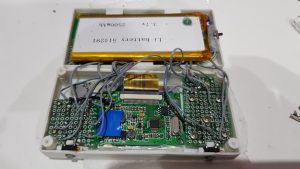 Result of the assembly

The final result : it can be stored in a small child’s glasses box 😉

The last photo show the console next to it’s great sister, the GamOdroid C0. 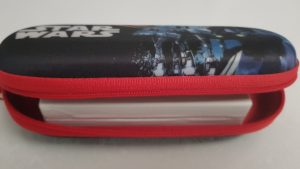 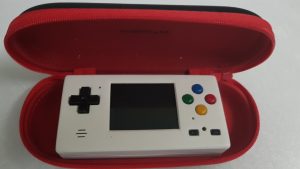 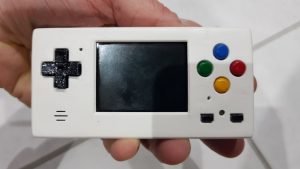 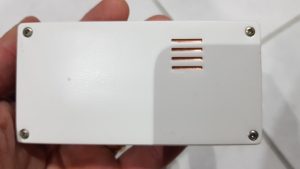 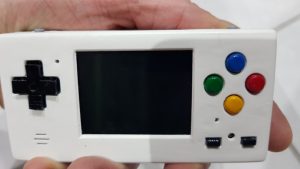 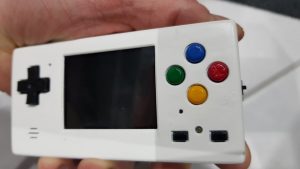 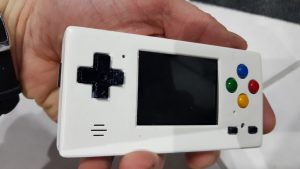 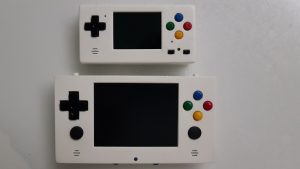 This part was probably the easiest one, thanks to the raspberry pi community. All is working out of the box with retropie. I just made some adjustments to make it boots faster and to tune the display.

From retropie-setup menu I did the following:

I also modified the /boot/cmdline.txt file, mainly to speedup the boot process :

All these operations gave an acceptable boot time for a portable gaming console : 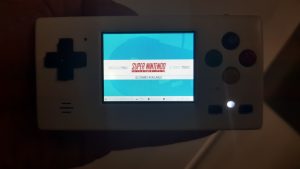 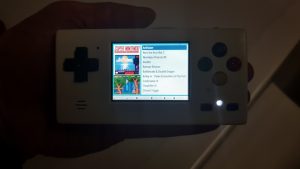